What is a pellet grill, sometimes called a pellet smoker? Pellet grills are outdoor cookers that combine elements of charcoal grills, gas grills, and kitchen ovens. Fueled by wood pellets, they can smoke as well as grill, braise, sear, and bake. A lot depends on their options.

They have a controller to automatically feed fuel pellets to the fire, regulate the grill’s airflow, and maintain consistent cooking temperatures.

“We might receive commissions if you click on our links and make purchases. This does not affect your price. However, please know this does not impact our reviews and product comparisons. We try to keep things fair and balanced to help you make the best choice for your needs.”

Pellet Grill At A Glance

Barbecue, Smoking, or Slow cooking. Can be as tough or easy as you want it to be. Smoking with an offset smoker you have a lot of functions that need to be controlled. Fires, fuel stacks, airflow, internal temperatures, ambient temperatures, and humidity levels. All must be monitored for hours (sometimes days) on end. To some people that is what they want and are really good at. To some who have never used an actual offset smoker, or don’t have the time involved it is a deterrent.

Then came the pellet grills, they make things easier. Turn the power on and open the lid, let it run for a few minutes then set the temperature. ( Some controllers are just, set the temperature, press “ignite” and wait ten minutes). Once it hits the target temperature, the grill’s onboard computer does all the monitoring for you. Automatically adjusting fan speed and pushing pellets into the firepot as necessary.

If you’re into barbeque for the flavor, not the craft, it’s the most efficient way to go — properly smoked meats and vegetables with minimal effort. A lot of the pellet grills nowadays are wifi controlled so you can just monitor and control from anywhere, which makes the slow cooks even less of a hassle while doing other things.

History Of A Pellet Grill

Pellet grills got their beginnings from pellet stoves, in the early 1970s. During the 1973 oil crisis, the demand for affordable home heating lead to alternative heat sources. Which would later include wood pellets.

Wood pellets were invented in the United States in the late 1970s. They are small eraser-sized capsules made of compressed sawdust.

Save BIG on a variety of Pit Boss Grills Products

By the early 1980s Jerry Whitfield, and Joe Traeger, were each experimenting with pellet-burning stoves.

Although the stoves looked like traditional wood stoves, they worked much differently. Run by electricity, the pellet stoves utilized a motor-driven auger to deliver a specific amount of pellets from the storage hopper to a firepot. Where a fan aided in combustion and blew the warm air from the stove.

Joe Traeger developed the Traeger pellet grill in 1985 and patented it in 1986. As a result of his patent, Traeger was the only manufacturer of pellet grills for twenty years.

After Traeger’s patent expired in 2006, other manufactures started developing their own version of pellet grills using the same design principles.

Types Of Controllers On Pellet Smokers

Pellet grills have had 3 main types of controllers over the years. As technology has progressed and the need(desire) for things to improve so has the technology in the Pellet grills.

A time-based controller works, as you may have guessed. On timed gaps of turning the pellet feed auger motor and combustion fan on and off. Trying to achieve/maintain the set temperature.

This type of controller works reasonably well. However, you should expect the temperature to swing up to 25 degrees around the set temperature. Depending on the model.

These controllers are time-based as well. They just have a lot more adjustments and fine-tuning capabilities. However, these are the most common types of controllers found on pellet grills.

To simplify for you and me, basically, these types of controllers turn on the auger and feed pellets until the temp inside the grill reaches a set point, once this temp is reached the controller will turn off the auger. Once the temp starts to drop and hits a set point it will start feeding pellets again.

As time passes everything is improving. A year ago pretty much all the pellet smokers you found were digital time cycle-based controls, except for a select higher-end one. Now PID controlled pellet grills are becoming more and more the norm.

Don’t let any of this mislead you, there has been a lot of debate on just how controlled the temp needs to be. Having a 20°-30° temp swing has not been an issue when it comes to slow cooking. So is having a pellet grill with a PID controller a must-have? Nope, It’s just part of the evolving technology in pellet grills and life in general

What Is A Wood Pellet

Wood pellets are made from a variety of biomass, or organic materials, such as wood chips, bark, sawdust, brush, and other byproducts of lumber milling and the manufacturing of wood products.

Wood pellets come in a variety of flavors to enhance your Barbecue. They come in apple, cherry, mesquite, hickory, maple, charcoal, plus many more. They also come in combinations of different mixtures. There is always a new to spice up that old recipe by trying a different wood pellet flavor.

They are actually a fairly cheap fuel source for Barbecuing. Part of the reason pellet grills have been growing in popularity as well as ease of use. On average it cost about $0.75-$1 an hour of cook time depending on the pellets you get and the weather conditions. Which is cheaper than propane or charcoal in longer cook times.

What Is A Pellet Grill And How Do They Work

Think of a pellet grill as a combination of your house stove, a Gas Grill, and a Charcoal grill combined into one. Then add the smoking capabilities you want to it. You get a pellet grill that is capable of long slow cooks, at a steady set temperature while infusing great smoke flavor to whatever you are cooking.

Most pellet grills have a heat range of 150°-500°F nowadays. Some may only hit 450°. Furthermore, it is getting more common for the pellet grill to have a searing feature as well. Making them even more versatile.

How Does The Pellet Grill Compare

The Pellet grill is a great way to smoke meat and Vegetables. It is easy to use, the cost per cook for fuel is reasonable. Additionally, the smoke flavor you can get from it is outstanding.

You have all kinds of options as well as the flavor of the smoke. Would an offset smoker be the better choice? That’s your call. I know pellet smokers are not supposed to put out the smoke of certain offset smokers. I am not here to get into that argument. However, I will say that I have yet to cook anything on my pellet smoker and not be happy with the fact it was lacking in smoke.

Pellet grills are not able to get as hot as Propane grills, but with some of the accessories made for them nowadays. Not to mention more and more of them having the searing option. It is getting easier to add great smoke flavor to a steak and put a nice sear on it as well. 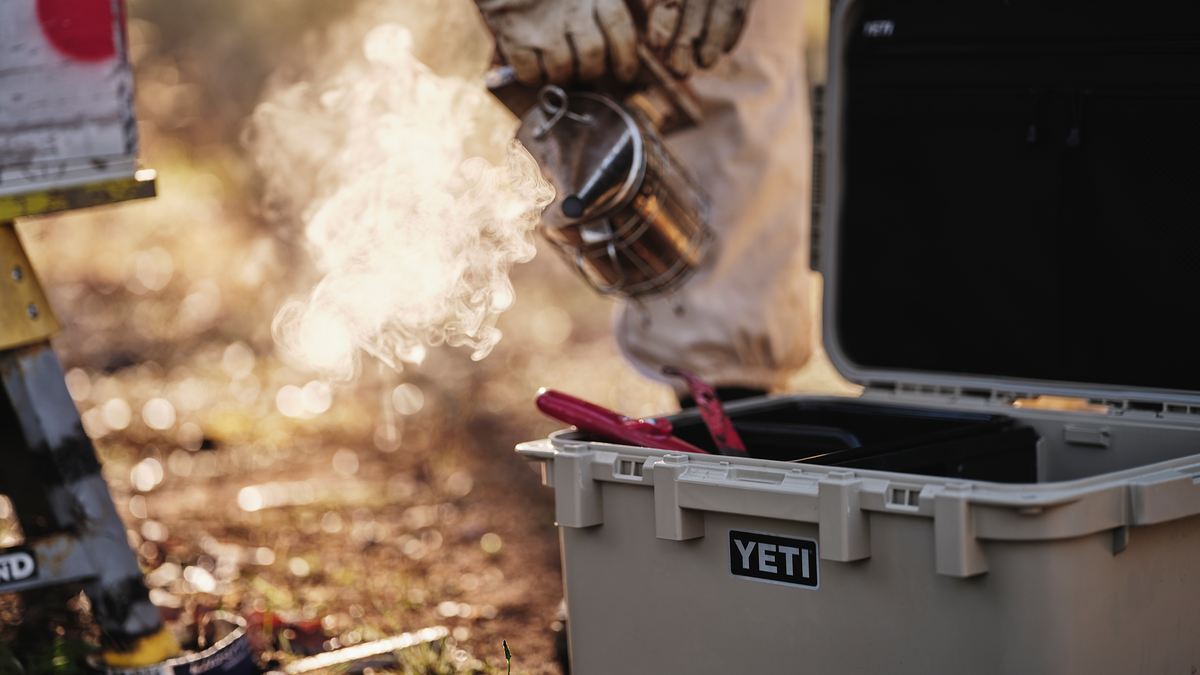 Similarly, wood pellets do come in charcoal flavor. Will it give the same taste as a charcoal grill probably not. However, you can get a good charcoal grill-like taste from a pellet smoker without all the hassle of messing with the charcoal.

Pellet smokers are in certain terms the lazy way to Barbecue. While they are both easy and convenient to use, they produce great flavors while still trapping in the juices.

If I was only allowed to have one

I would choose a pellet grill

Mainly for its ease of use, But also for the fact it can pretty much do it all… It might not be perfect but it does do a great job all around.

I would love to hear them

Along With some great buys. Z Grill has released details on a blind box sale…Feeling lucky? Like taking chances? Looking for a nice pellet grill? No matter which you want, the Blind Box might just be the choice for you. No matter which one you end up their value is greater than what you pay….

Weber Original Kettle Premium 22 inch Charcoal Grill is a best seller in Charcoal grills for a reason. Weber Grills has been an icon in outdoor grilling since the ’50s. This classic grill has had many variants made from it. Over the years, there have been some upgrades, but the basic design has stayed the…

As temperatures rise and people start socializing more outdoors, many of us start to fire up our pellet smokers/grills and start enjoying the favorable tastes you can only get from Barbecuing or grilling something. To a lot of us, there is nothing that compares to the taste of good Barbecue. Whether It’s doing a slow…

When A lot of people think Barbecue, They don’t think about smoking vegetables in a smoker. They think about being outside grilling Their favorite main dish. Beef, pork, poultry, and fish (Hamburgers, hot dogs, and Steaks, or Smoking a nice brisket, rack of ribs, or even a pork shoulder for some nice pulled pork sandwiches)….

Pit Boss Laredo 1000 is a Pellet smoker. Pit boss pellet grill keeps accurate temps and has a good cooking area. Having the pellets auto feed makes it extremely easy on longer cooks. Just make sure the hopper is full before you start it up and then it’s pretty much set the temp and forget….

No matter what the experience level, whether you are just starting out in Barbecue or have been enjoying it for years. There are all kinds of accessories around today to make the experience a little smoother and faster. We have all become accustomed to everyday luxuries in one way or another. We are going to…